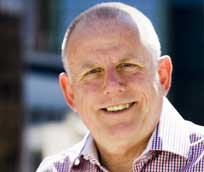 Architect Associates director Graham Strez, FNZIA, was born and raised in Canterbury, New Zealand. Graham has diplomas in Architecture and in Urban Valuation from the University of Auckland. Graham has been a registered architect since 1969, and a Fellow of the New Zealand Institute of Architects since 1979. He was a principal in Buisson & Strez and re-launched as Architect Associates in 2009. With another hat on, Graham is the claims director and assessor for the New Zealand Architects Cooperative Society and has held this elected position since 1983. NZACS represents 95 per cent of New Zealand architecture practices. Graham reviews and advises upon the work architectural firms belonging to NZACS.

From 2003 to 2008 Graham was a senior lecturer (part time) in practice management at the University of Auckland’s School of Architecture and Planning. He restructured the project management and practice management course content of these core subjects and thoroughly enjoyed meeting and tutoring New Zealand’s young architects of the future. Graham also provides nationwide professional development lectures and seminars on architectural risk management and professional indemnity insurance. None of the above has put Graham off architecture. He also enjoys model and jewellery making and studying classical piano.